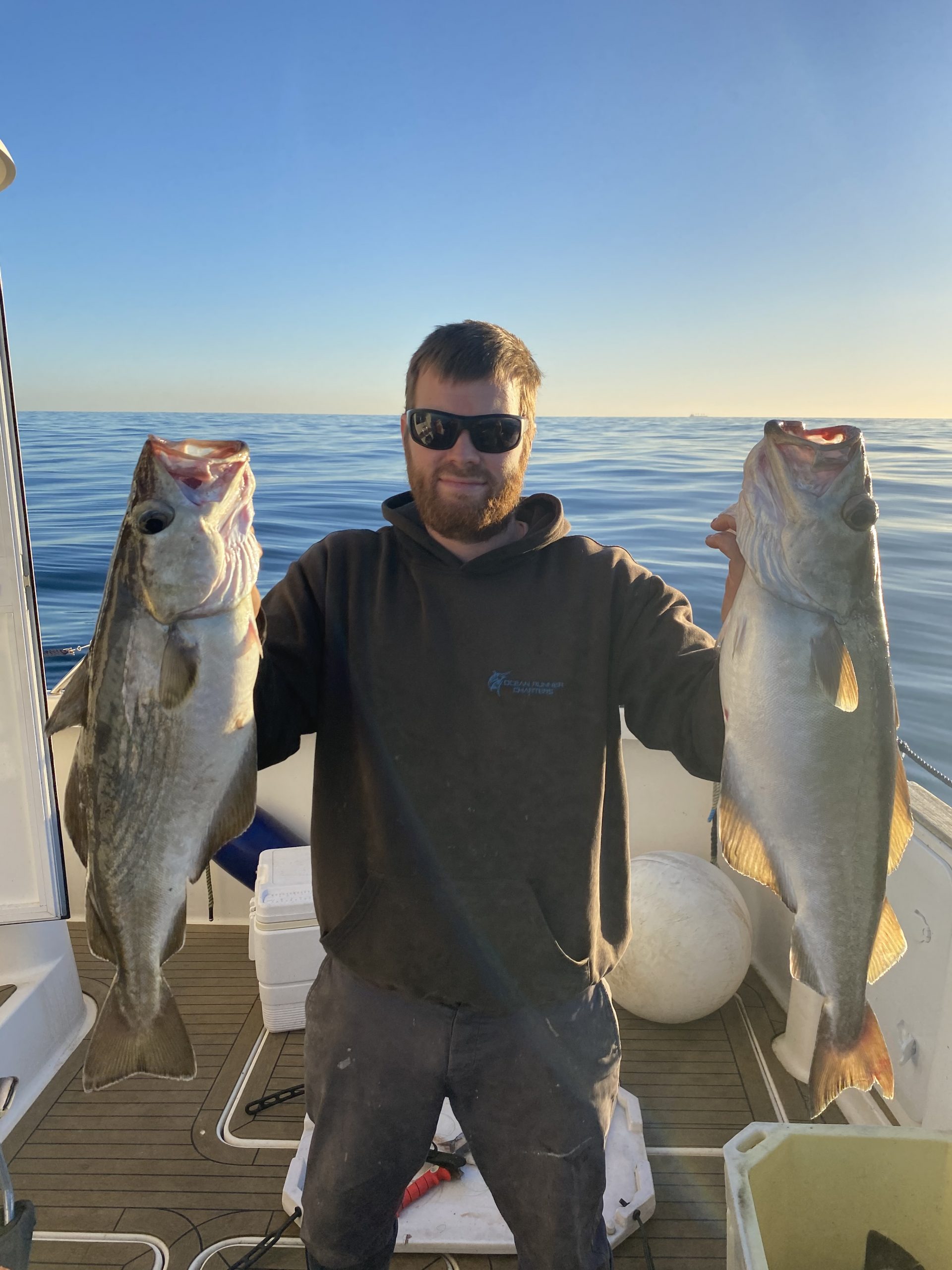 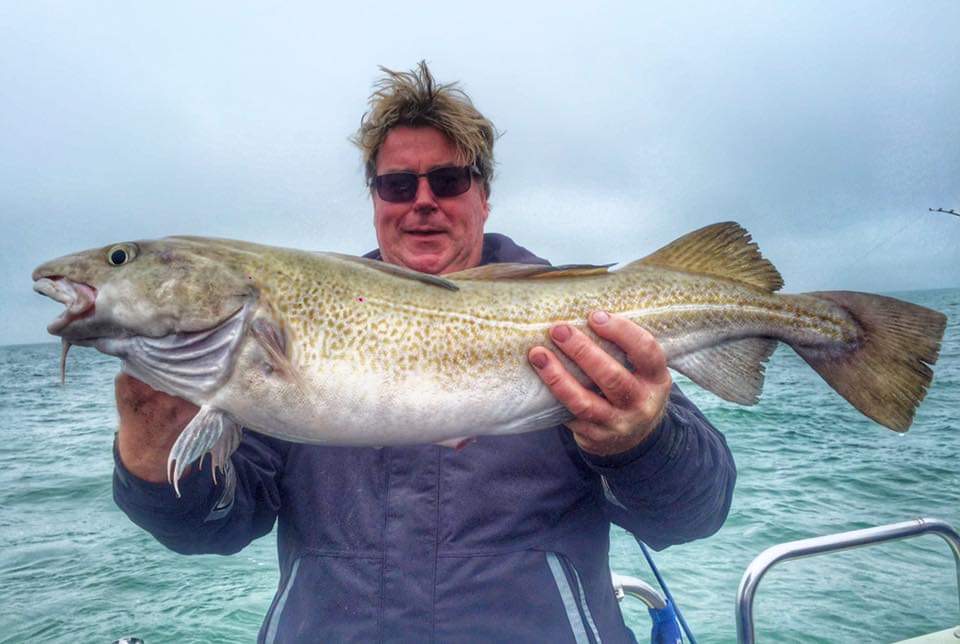 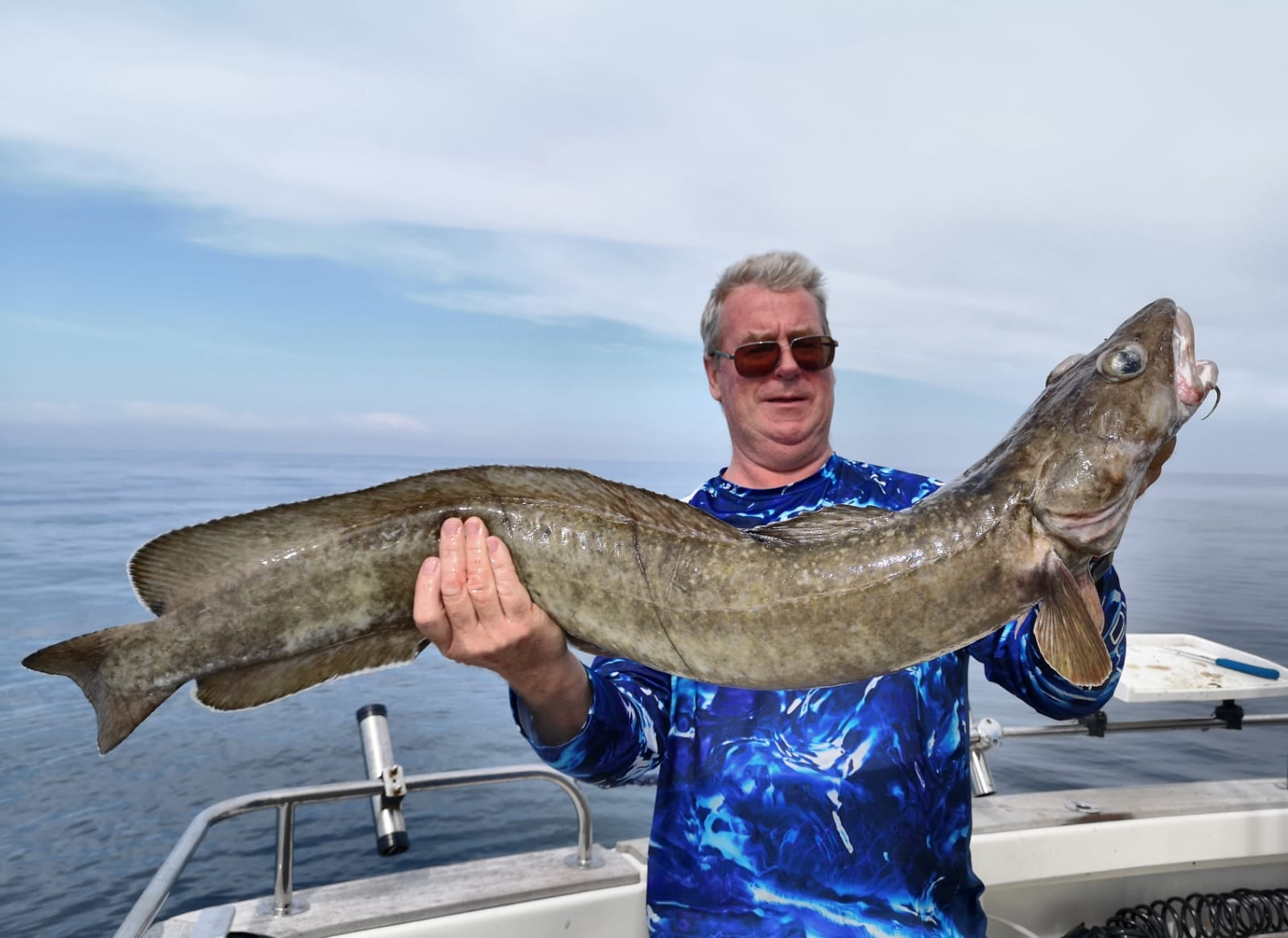 The Mid Channel Wrecks are home to some large fish. Silver Gannet will travel  up to 40 miles offshore to target the early season Pollack which inhabit the wrecks to spawn. This continues through March and into April.

Ling arrive in April around all year long, but are more plentiful in the summer months.

April sees the  arrival of cod which normally continue to be caught until the end of June.

Congers are present on the wrecks all year round but are at their most prolific during the summer months.

You also have a chance of  Bass, Bream and Gurnard when fishing the mid-channel wrecks.

When drifting the wrecks we are using lures and shads. Savage Gear sandeels  work very well for Pollock & Cod.

Typically mid-channel wreck fishing trips are during neap tides, and at slack tide there is an opportunity to put on some bait ( mackerel head ) to target those huge Ling.

Some mid-channel wrecking trips we cover over 100 miles and is typically a 10 hour trip to allow enough time to fish. There are lots of wrecks to choose from but some fish better than others depending on the time of year.

Silver Gannet is a Rodman 1250 Sports fisher which can cruise at 22+ knots so it does not take that long to get to the first wreck or patch of rough ground where cod can be caught.

Tackle Hire is not available for these trips so you need to bring you own gear , and know how to tie rigs if you lose your’s in the wreck.

Finding the wrecks position is the first step using the Sonar as they are not where the chart indicates always. Once found the next stage is to determine the drift line, so that Silver Gannet drifts right over the wreck.

A wreck we drited that had a lot of fish in front of it – we hooked a number of big Pollock on that drift before the actual wreck. 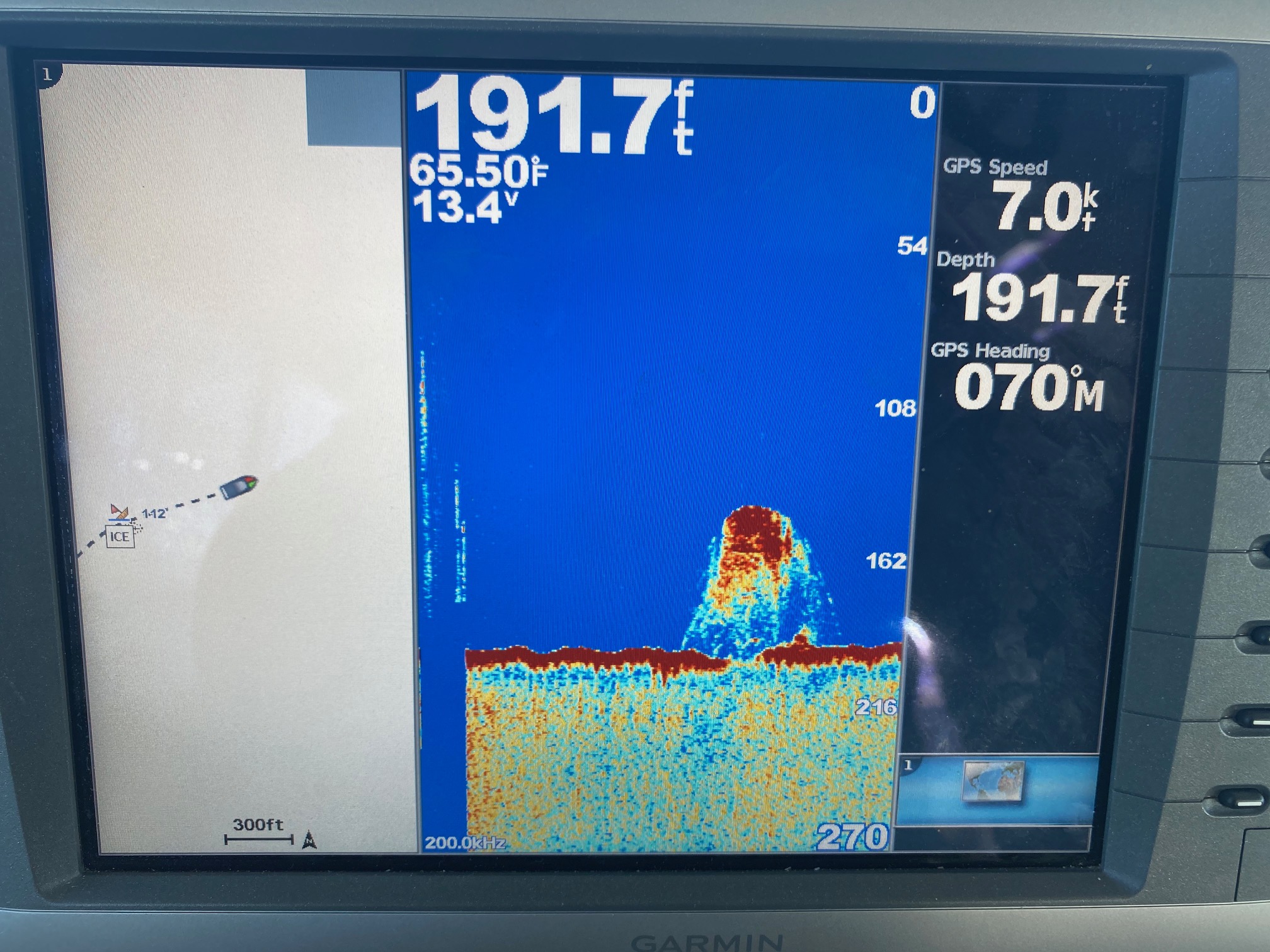 The Ice Prince  which  sunk in 2008  is a large cargo ship. See the image above of the wreck on the sonar.

One of the wrecks we fish is called the Ice Prince, and is a good wreck for big Pollock.

On January 13, 2008, the 132 meter long, 6467 gt general cargo ship Ice Prince hit bad weather in the English Channel  en route from Sweden with some 5,260 ton cargo of timber.  Heavy 5 meter swells lashed against the vessel, the Ice Prince had its cargo of lumber shift in the hold while off Start Point.  The Ice Prince quickly developed a 25 degree list.

The Ice Prince’s list would increase to 40 degrees before it eventually sank on January 15 in the English Channel off Dorset.

The vessel sank and rests some 47 meters  deep on the seabed. 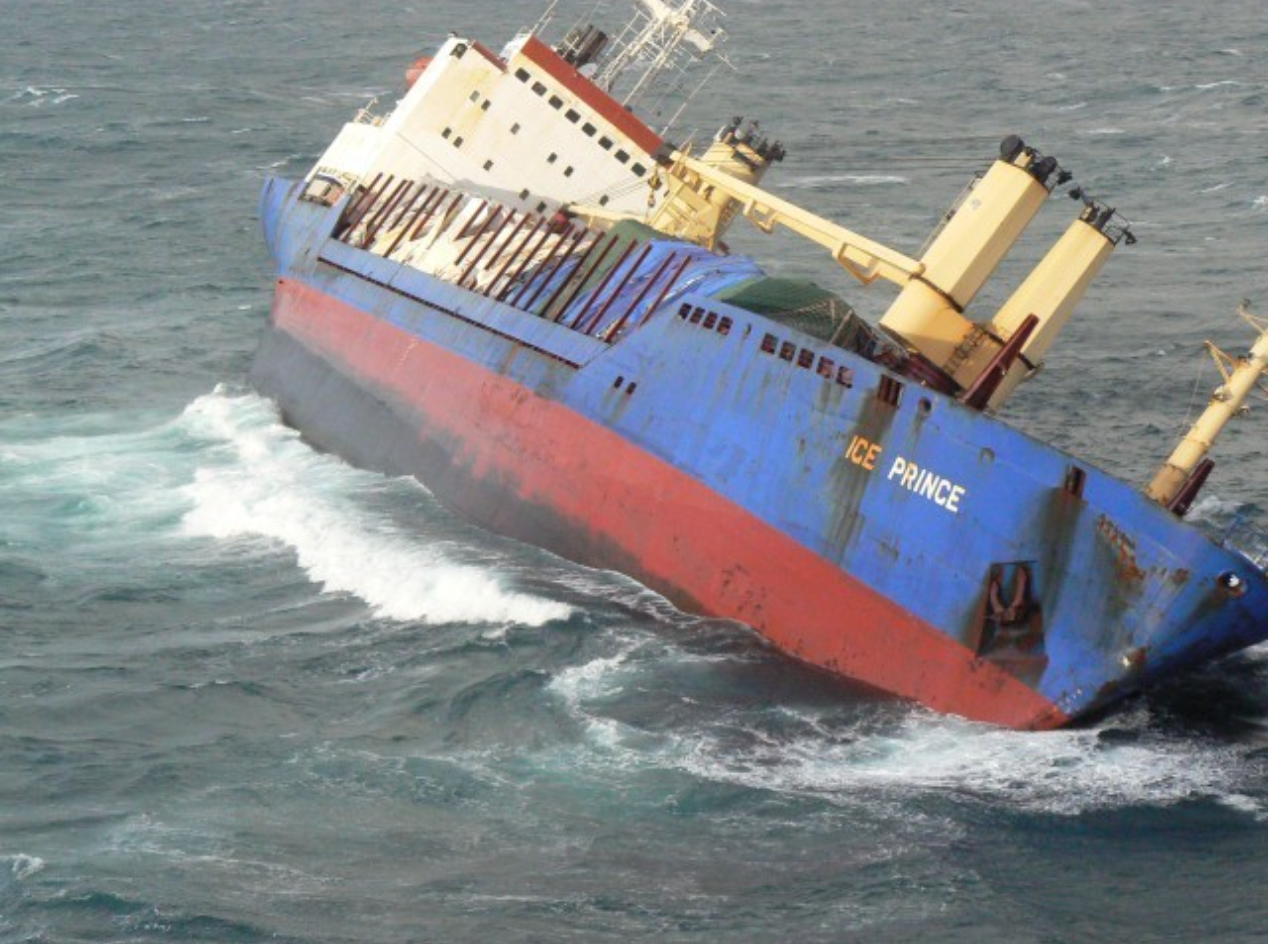 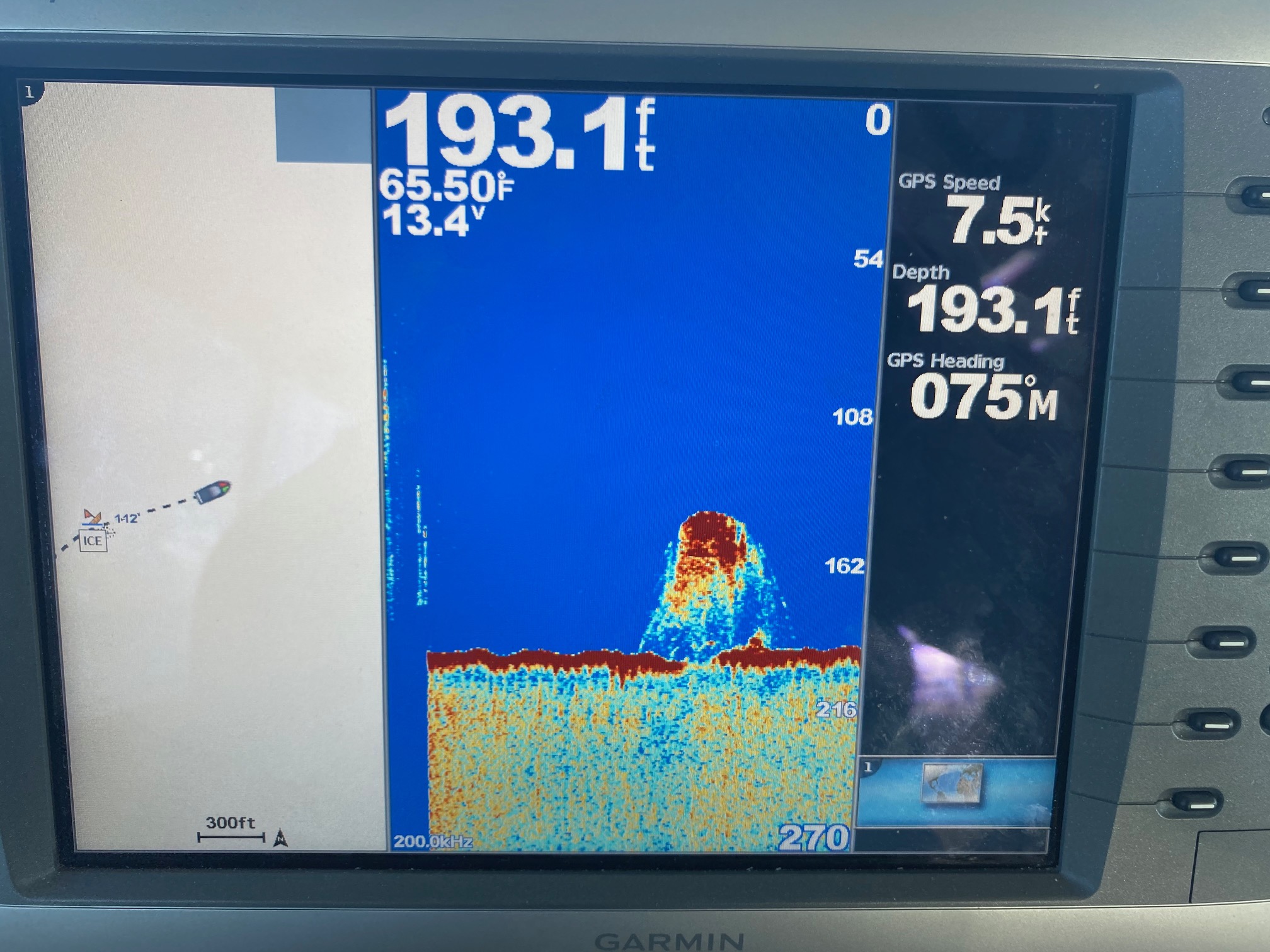 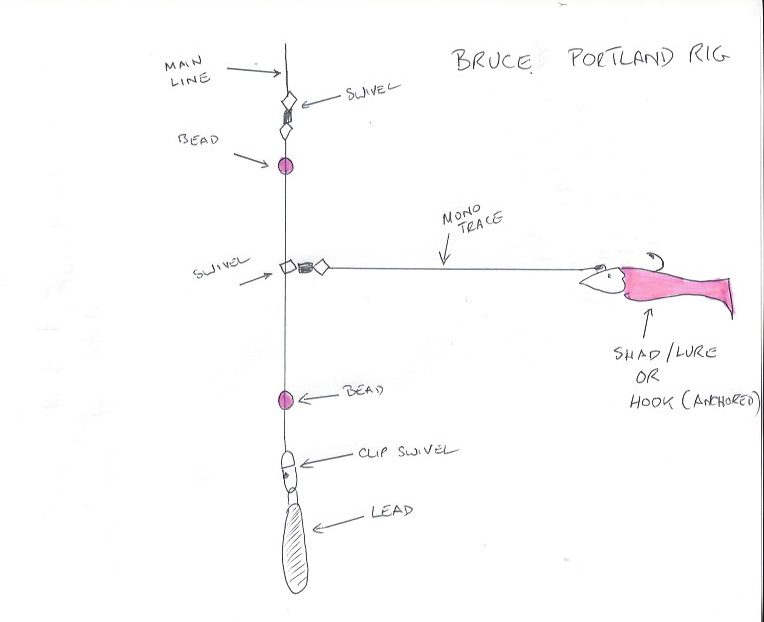 The Portland rig is ideal for targeting Pollock and Cod when wreck fishing. For Pollock you need a trace of 10 foot or longer. If you want to increase your chance of catching a Cod shorten the trace.  The technique is simple – drop down to the bottom and immediately start reeling up  10 turns and let down again. The Pollock can often be higher in the water so you need to experiment how much you reel in each time. You can use a similar technique for Cod fishing but only reel up 5 turns. You can also stay on the bottom and bounce the weight  lifting the rod up and down. Cod tend to be caught on the bottom or just off the bottom.  It is a good idea to use a lighter gut to secure your weight know as a rotten bottom. so that if  you do get stuck in a wreck you only lose the weight and not all your trace and leader.